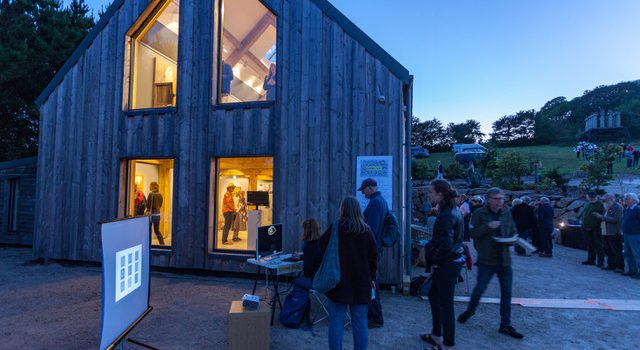 The team at Tremenheere Sculpture Gardens in Cornwall would like to say a huge thank you to everyone who came to Sol Force, a summer solstice event curated by Jesse Leroy Smith. We raised a grand total of £3,164 in aid of Freedom from Torture.

We also wish to thank Jesse, who did a wonderful job of curating the event, as well as the team of over 50 artists and performers, and the staff and volunteers who helped make the night so special.

The night exceeded all expectations, bringing to life Jesse’s ambitious plans to “create something truly memorable that draws on an extraordinary collective, and is a redemptive celebration of camaraderie, nature and hope. For my gallery exhibition, I presented an arcade of human images, but by setting work in Tremenheere’s beautiful subtropical gardens on Solstice night, we will be able to explore the primal and redemptive elements of nature.”

The evening featured an array of stimulating soundscapes, films, paintings, ceramics, talks, poetry readings, performances and site-specific artworks from over 50 artists and performers that took guests on a thrilling, multi-sensory tour through the sculpture gardens on the night of the summer solstice.

A special thank you to the following artists and performers who help make this event so spectacular:

Over the last decade, as an artist, collaborator and curator, Jesse Leroy Smith has been a driving force behind many of the South West’s most important art shows and projects, including Darkrooms, an immersive exhibition of film, sound and installations at CAST Arts Centre, Helston and Picturing the Mines co curated with Bernard Irwin and commissioned by Cornish Mining World Heritage Sites that saw teams of artists, experts, graduates and the public collaborate in multi-media events across the region. He exhibits internationally and in his first solo show for a decade, Jesse presented Force Majeure at Tremenheere Gallery, a landmark exhibition which looked back at his collaborative past, and towards a new phase of future work.

Who are Freedom from Torture?

Freedom from Torture is a UK based charity dedicated to providing specialist psychological therapy to help asylum seekers and refugees who have survived torture recover and rebuild their lives in the UK. They also provide training for professionals working with torture survivors.

With survivors, they campaign for change in the UK and across the world and raise awareness and influence decision-makers about torture and its impact.